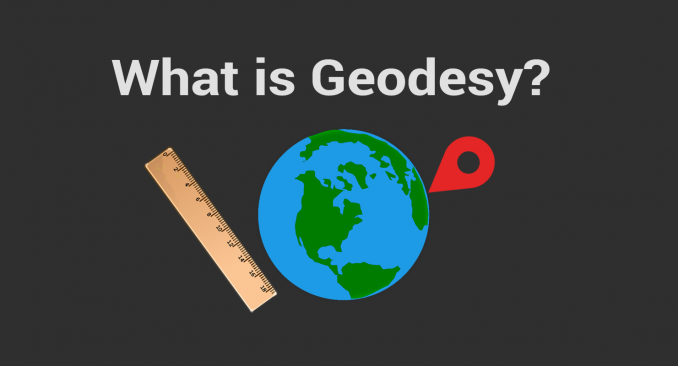 Why is geodesy the framework behind all mapping and navigation?

Geodesy studies Earth’s shape, orientation and positions for the past, present and future. It also studies where things are and where things are going with extreme accuracy. For example, geodesists measure:

In geometric geodesy, it understands Earth’s positioning through geodetic datums and coordinate systems.

On the other hand, physical geodesy relates to Earth’s gravitational field and geoid.

Read on to learn about how geodesy is the framework behind all mapping and navigation.

Looking Down a Deep Well

Humans have always had a curiosity about the planet we live on. Actually, geodesy dates back to 200 BC, when Eratosthenes started measuring the sun’s angle in two cities.

Using these measurements, he mathematically estimated the Earth’s circumference. At this very moment, it was the birth of geodesy.

This fast-paced geodesy video created by NASA gives a more clear-cut example for this concept.

The Framework of Everything “Where”

If you think about it, the whole field of geomatics lies on the shoulders of geodesists. Because it’s really geodesy that is the framework behind all surveying, mapping, and navigation.

Awhile back, surveyors would make measurements in front and behind them. Using this system of points, triangulation, and stars as reference points, we can reliably use it as a reference frame to locate positions. Geodesists have adopted an ellipsoid model to determine latitude and longitude coordinates.

Actually, it’s the National Spatial Referencing System managed by the National Geodetic Survey that is the foundation for all horizontal control such as longitude, latitude, SPCS and heights. It’s the system of reference used to map shorelines and determine legal boundaries.

As time passed by, geodesists have used radio dishes, telescopes, and satellites. For example, the World Geodetic System WGS84 is the reference frame for satellite receivers. Unlike NAD83, it’s important to note that WGS84 is a geocentric datum.

Now, geodesists use GPS to pinpoint positions on the land. Further to this, GPS satellites can track the movement of the land. In fact, the coordinate system for 2022 and beyond will incorporate time. This includes plate tectonic movements, gravity and geoid undulations, and how they change with time.

International Earth Rotation and Reference System Service (IERS) is responsible for Earth rotation dynamics. Does the Earth wobble on its axis? How long are days? Are there plate tectonic movements?

Now, this organization doesn’t physically measure anything but they collect it from organizations such as NOAA and Natural Resources Canada. By collaborating with these partner groups, IERS produces the International Terrestrial Referencing System which is more the physics of how the Earth moves.

Aside from Earth’s rotation, geodesy studies Earth’s gravity field. Satellites like GOCE and GRACE have orbited Earth’s to study our planet’s changing size and gravity with the geoid model.

The geoid represents mean sea level or equipotential surface. However, it’s not only water, it includes the land as well. There are hundreds of applications in understanding gravity including the changing height and size of the ocean and ice sheets, including how the tides work.

As you’ve discovered today, the field of geodesy builds the framework for all positions and measurements on Earth.

It’s the branch of applied mathematics that determines the size, shape, and coordinates on the surface of the Earth.

But geodesy also includes other elements like Earth’s gravitational field and rotation.

Are you planning on becoming a geodesist? What are some of your thoughts on the field of geodesy?

Recordings and Summary of INSPIRE Conference 2021